Are The Economic Impacts of The Housing Market Getting Bigger? 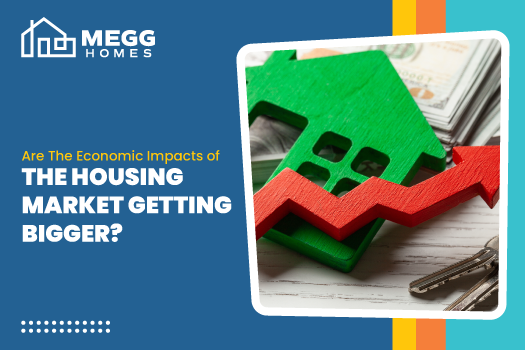 As housing economists have concluded, the ever-increasing mortgage rates in recent months are adding up to a major economic shock. In fact, according to Freddie Mac, rates have just hit a high of 4.67% for an average 30-year fixed-rate mortgage. Just a week prior to this reporting, they were at 4.42%. In December, the average mortgage rate sat at just 3.11%.

That’s a large increase in a very short time. This sharp rise is having the strongest impact on buyers in what is an already competitive sellers’ market. Strict lender debt-to-income ratios mean that a number of prospective homebuyers will no longer qualify for a mortgage. Even if they do meet the income requirements, a large segment may simply decide that the additional home costs that have resulted from rate hikes aren’t worth the investment.

Fortunately, insiders aren’t anticipating a housing crash based on these conditions. Rather, it’s believed that the market will simply experience a slow-down, resulting in fewer buyers and increased inventory. The current number of available homes for sale is 48% below pre-pandemic levels. The hope is that a rise in inventory will help to level out the market a bit and allow today’s price spikes to become more tenable.

With mortgage rates soaring, the market remained active in March. That may be because so many of those buyers had been able to lock in their rates back in January or February. Going forward, buyers will have to deal with rates approaching 5%. This is where we’re likely to see a shift.

Rather than an ever-increasing urgency to take advantage of low mortgage rates, it’s now likely that there will be fewer home buyers vying for already-low home inventory. Economists see this cool-down period resulting in an end to the rapid price growth.

It is believed by many that the Federal Reserve will be pleased with the outcome rising mortgage rates will have on high home prices. That’s because the runaway housing market has been a catalyst for the nation’s general inflation increase, with prices on all sorts of items on the rise.

Banking insiders are even talking about the development of a housing bubble due to abnormal housing market behavior. If you’re concerned about entering the market at this stage, you should talk to a real estate agent in Lakeland FL who can advise you based on your particular situation and needs.